First and foremost, COVID-19 is a health crisis. As of March 25, evidence suggests that New York City is the new epicenter of the outbreak and that nationwide, the health crisis is not yet under control. Markets appear to have welcomed the news of the $2 trillion federal spending bill, the largest stimulus package in US history.

Tuesday, March 24 saw the tenth largest daily gain for the S&P 500® since 1927. Seven of the other ten largest daily gains occurred during the Great Depression, which suggests that in these types of market environments, significant upswings can occur. What’s more, not every bounce is from a bottom, and plenty of them are false starts. As investors negotiate this dynamic landscape, considerations of market psychology – and the potential shape and duration of a market recovery – are warranted.

Effects of US Shutdown and Federal Stimulus
The stimulus bill will include direct payments of up to $1,200 for Americans making under $75k and up to $2,400 for couples making under $150k. It includes $500 billion for corporations – which will have 7 days to report to Congress and 14 days to report to the public that they have received federal funds. The bill also includes $350 billion in aid for small businesses. As the spigots are opened, investors are now faced with the question – how much cash is enough to fend off a deep recession?

Service-related industries have been decimated by the outbreak and the subsequent lockdowns. As an example, the restaurant industry employs 15 million US workers directly and some 5 to 7 million have already been laid off. About 90% of the industry’s $880 billion in annual revenues is paid to employees, suppliers, and rent – worth approximately 4% of GDP. Taken in aggregate, the nationwide stay-home mandates announced in response to COVID-19 – and the closing of all non-essential businesses in 16 states – account for 49% percent of US GDP, or a $10.5 trillion output shutdown. Although companies like Instacart, Walmart, and Amazon have seen an uptick in hiring as a result of the crisis, much of the rest of the American business landscape remains shut down. As states work to prioritize public health and containing the outbreak, how long the shutdown lasts remains an open question.

Global Response
Worldwide, 46 central banks have cut rates 62 times in March 2020. Nevertheless, spreads between bonds issued by Italy, Spain, and Portugal against German Bunds are widening by the day. We believe the European Central Bank (ECB) will need to change the capital issuer limits soon, increasing the maximum share of an issuer’s outstanding securities it is prepared to buy. This is necessary in order to change the perception that they don’t have enough remaining monetary firepower to contain the economic fallout of the outbreak.

Within the ECB, support has been growing to utilize the central bank’s most powerful and yet unused tool, Outright Monetary Transactions (OMT), which lifts limits on the ECB’s bond-buying operations and helps to pin down peripheral sovereign yields. While this remains contingent upon securing access to the EU’s European Stability Mechanism (ESM), opposition to this action has quickly faded even from the notably austere German government. In another encouraging sign of Germany’s evolving fiscal policy, the government has agreed to a massive fiscal stimulus package totaling over €750B, increasing hopes that European governments will respond to the virus threat with force. Italy has been hit hard by the outbreak, but response measures requiring social distancing and self-quarantine could help to realize a peak number of cases sometime in the near term.

Moving Forward
We know that the number of COVID-19 cases peaked in China approximately 28 days from an explosion in new cases. The US and Europe are likely still at the early stages – or the steep part of the curve. For now, both regions have introduced mandated social distancing and quarantine policies in the attempt to curb the spread of the outbreak. These measures are likely to remain in place through mid-April or early May. For the time being, volatility risk is likely to remain elevated as public health officials, businesses, consumers, and markets process COVID-19’s progression and potential consequences. 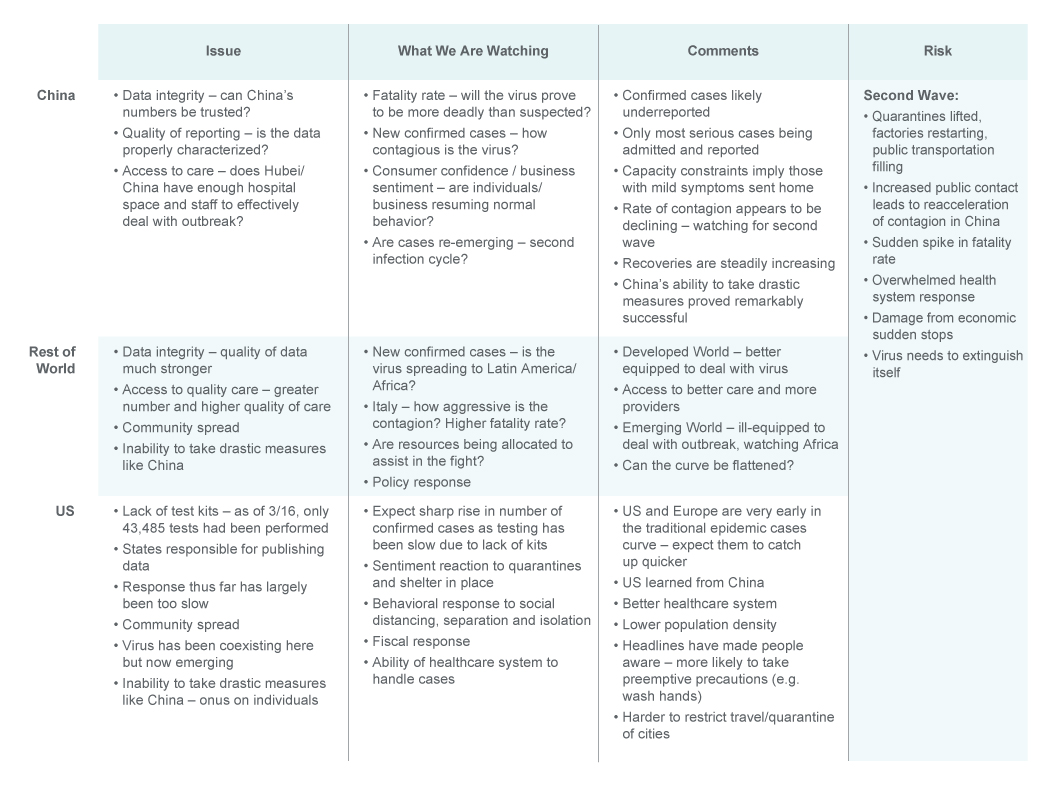 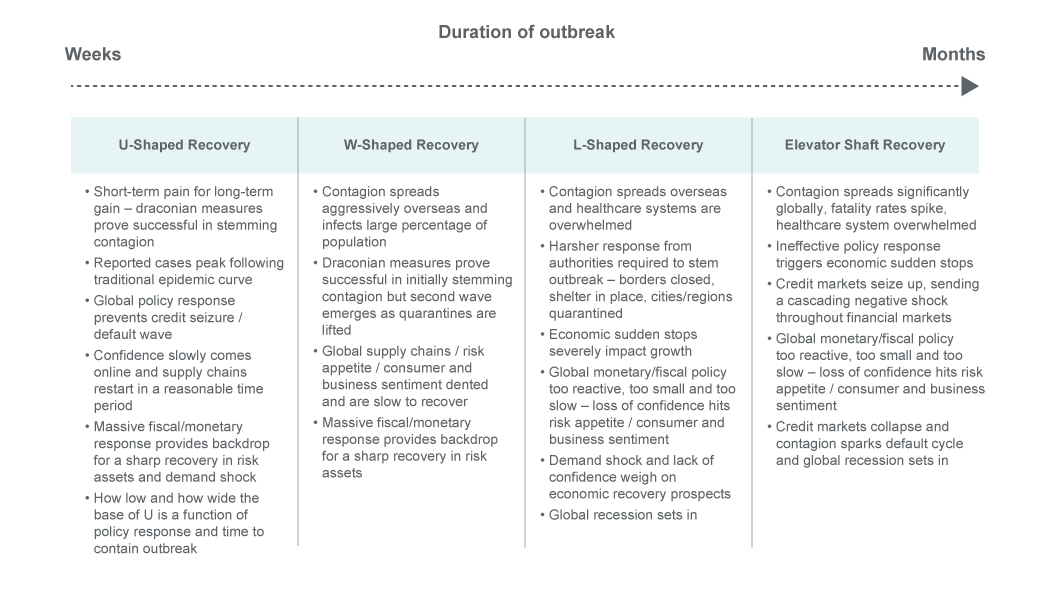 Natixis Distribution, L.P. is a limited purpose broker-dealer and the distributor of various registered investment companies for which advisory services are provided by affiliates of Natixis Investment Managers.

Why panic selling during unsettling times may be one of the worst things long-term investors could do is analyzed over three decades.