In our attempt to frame the risks for the elections, here is one concern we are trying to address: What is the risk of litigation? While a range of issues have the potential to trigger post-vote litigation, mail-in ballots are a focal point. More specifically, there are questions about whether certain rejected mail-in ballots should be counted. I went back and looked at 2016 data to find some trends.

Rejection Research
The table below recaps the reasons mail-in ballots were rejected during the 2016 election season. 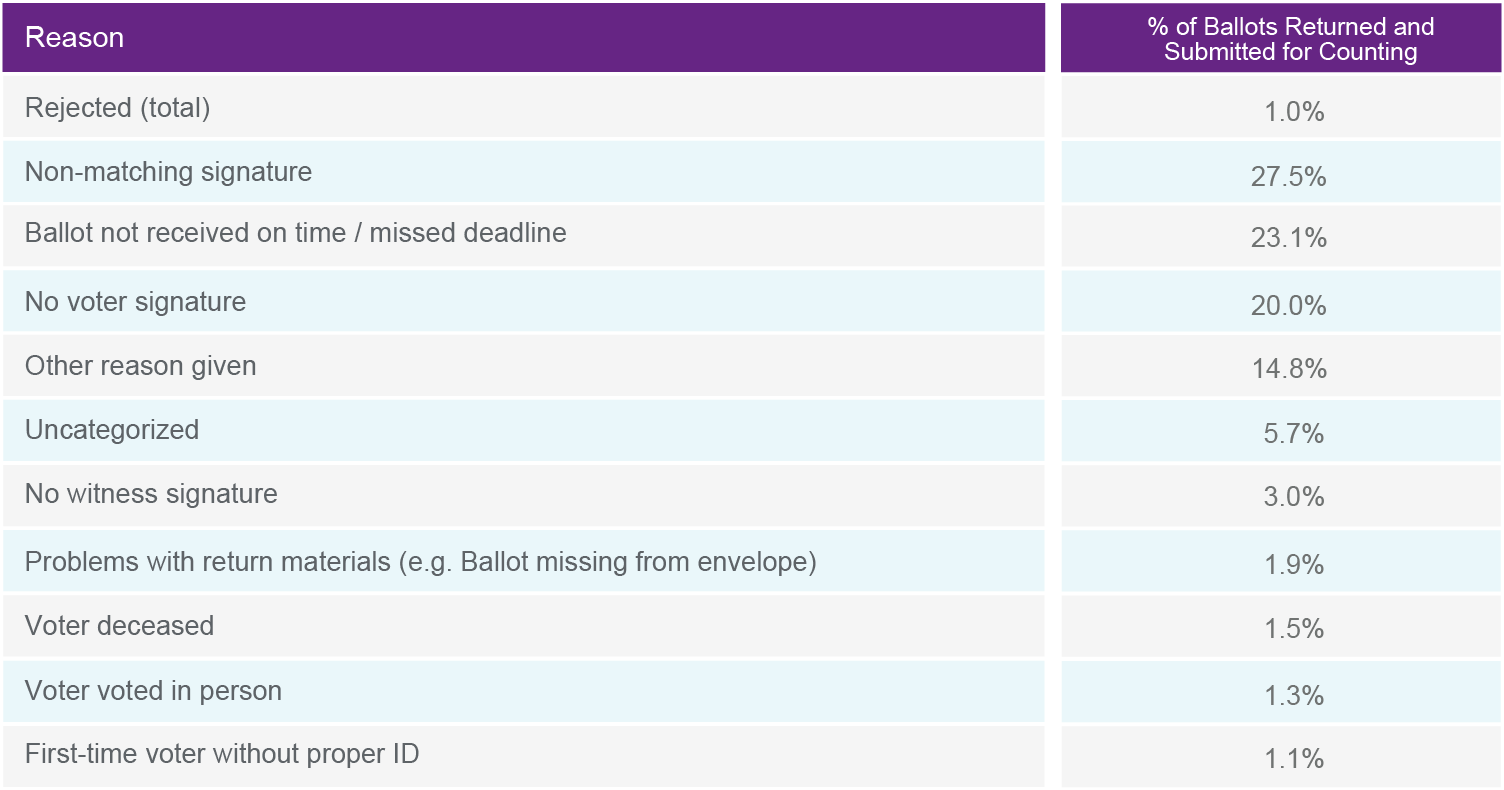 A few of these seem pretty black and white – you missed the deadline, you didn’t include a signature, you didn’t put your ballot in the envelope. Tough to argue those. Non-matching signatures? We all have a distinct signature. If one is blatantly different, that’s another one that could be tough to argue. While I see some wiggle room for litigation – “other reason given” and/or “uncategorized” – I don’t see much.

Unpacking 2016 Voting Data
It’s understood that absentee voting will be significantly higher in 2020 than it was in 2016. As of mid-October, there are counties in Michigan that have already seen the mail-in vote exceed the total 2016 vote by 30% or more. There are plenty of assumptions that can be challenged when looking at 2016 data – but it is the most recent data we have to consider in attempting to forecast what could occur in November. In 2016, more than 140 million ballots were cast, with just under 42 million cast via mail-in ballot for one reason or another. Of those mail-in votes, 318,728 – or 0.77% – were rejected.

The table below depicts the percentage of absentee votes rejected per state. Note, I only included states with a mail-in ballot rejection rate of greater than 2%. 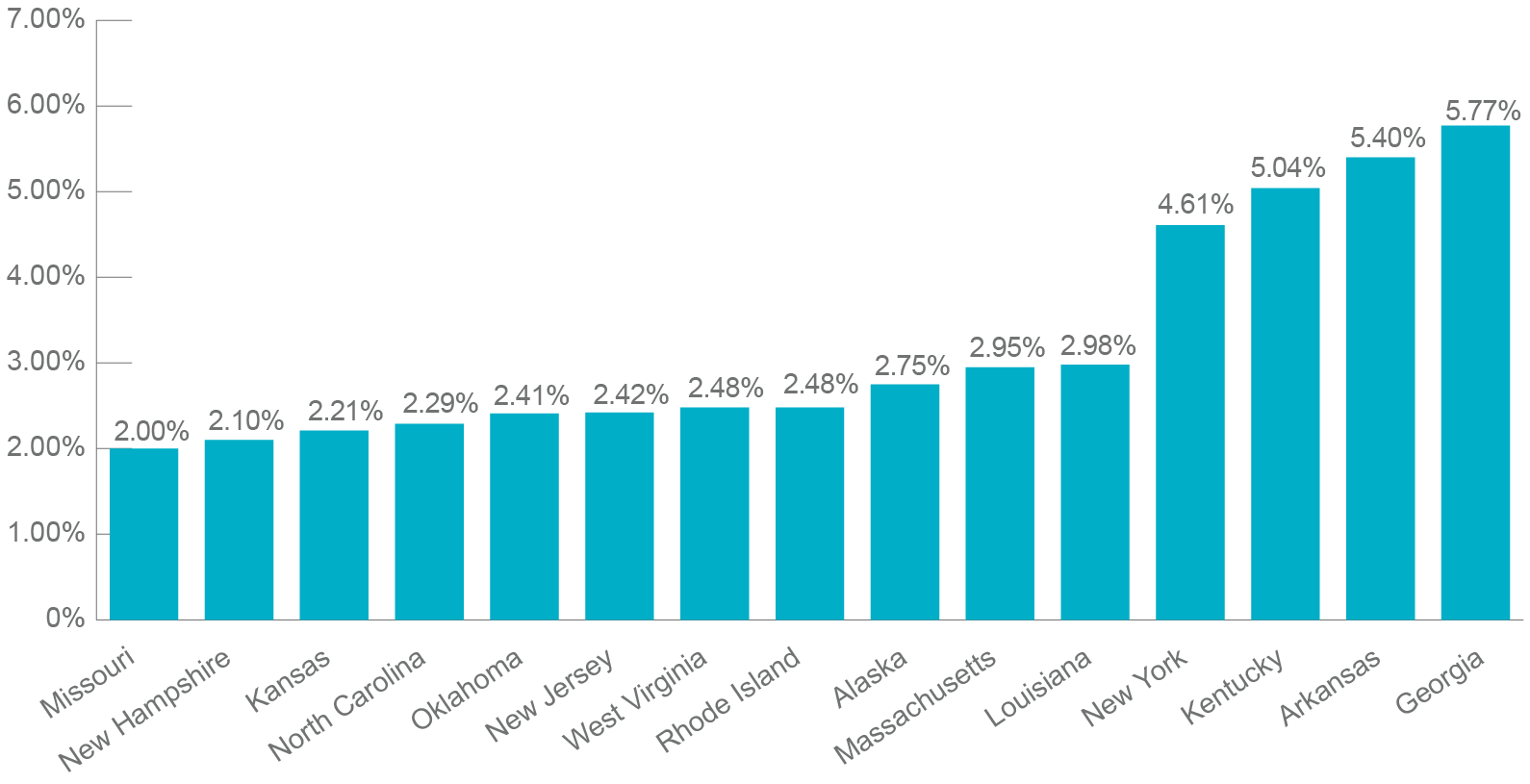 The next table represents the same data, with a focus on battleground states – or states where any litigation around mail-in balloting has a great potential to change the election outcome. 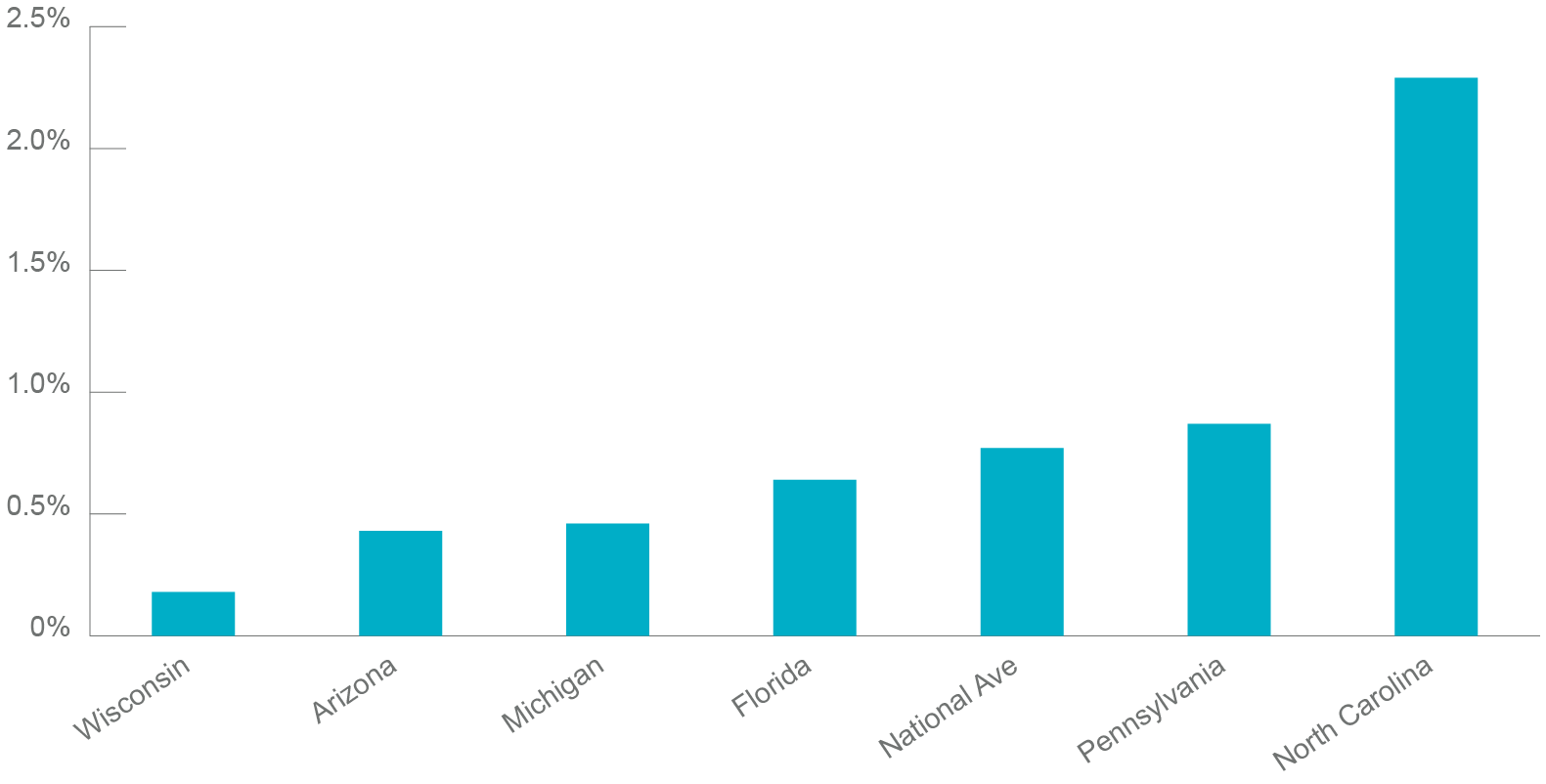 This cut of the data reveals that North Carolina and Pennsylvania are the two swing states that had rejection rates above the national average in 2016. However, in considering the Electoral College math for the 2020 presidential race, these two states may be less consequential than other swing states.

Election 2020: Math for the Path
As in all US presidential elections, winning is not about garnering the greatest number of votes nationwide – it’s about the Electoral College. Under this system, each state is apportioned a certain number of electoral votes based on their total number of Congressional representatives. A state’s total number of electoral votes equals their number of legislators in the House of Representatives (based on population) plus one elector for each senator (each state has two). There are currently 538 electoral votes, and the candidate that gets more than half – 270 – wins.

If we assume that the traditional “blue states” vote for Democratic Party candidate Joe Biden and traditional “red states” for President Trump, the Republican Party incumbent, the race to 270 comes down to the swing states. (Duh.)

In our view there are four states that matter – Arizona, Florida, North Carolina and Ohio. In 2016, President Trump carried these states and won their combined 73 electoral votes. If Trump doesn’t carry all four of these states again, his path to 270 becomes very difficult.

Gauging Litigation Risk
The key point here is that – from an Electoral College perspective – states that will be key to the 2020 outcome have not had serious issues with abnormally high mail-in ballot rejection rates. Take Florida, for example. In 2016, approximately 9.6 million ballots were cast in the states, with about 3.4 million being cast as mail-in votes. Of those, 21,973 were rejected – or 0.64%. Now, let’s assume that voter turnout for 2020 is higher, and that absentee balloting is higher. If the rejection rate stays at around 0.70% percent, is that enough to make a difference in awarding Florida’s 29 electoral votes? Obviously, it depends on how tight the finish is, but it seems to me that less than one percent is too small a number to matter in the end. You have to wonder whether litigating less than 1% of rejected mail-in ballots – many of which were likely rejected for cut and dried reasons – is worth the effort on the part of major political parties or would even be taken up by the courts.

The Final Countdown
Can any of this change? Of course it can. There are a lot of moving parts here – and let’s face it, 2020 has provided a torrent of unexpected news. But if history is any indication, the key states that will determine the winner of the 2020 presidential election have not been challenged by absentee ballot rejections. This suggests that any litigation that does occur would have to result from a significant anomaly. In the final analysis, litigating the outcome of the 2020 race may not be quite the base case that the headlines are making it out to be.
Election Administration and Voting Survey – 2018 Comprehensive Report. Online. October 14 2020. eac.gov.

Aziz Hamzaogullari, CIO, and founder of the Growth Equity Strategies Team, gives an investment update, discusses risks and opportunities, the integration of ESG and more.

Veteran political observer Carl Hulse, Chief Washington Correspondent for The New York Times, recaps the 2020 election season and its implications for the road ahead.